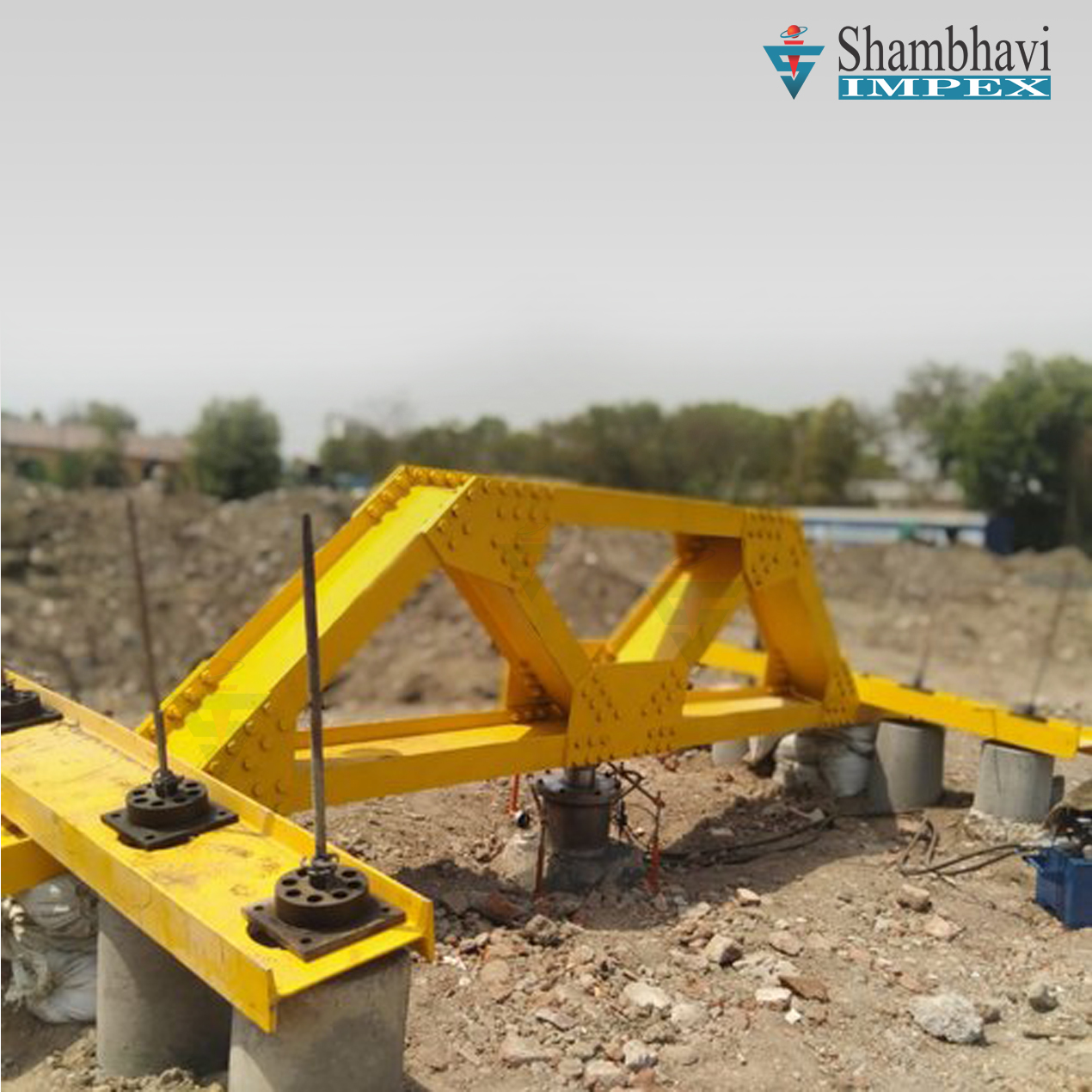 Specifications : the truss is of welded 1- girder construction in two halves which can be bolted together when required. The lower chord, the cross-pieces for holding the truss down and the vertical thrust members are all of welded box type construction with two channels enclosing and welded to an i-girder. They consists of semi cylindrical pieces each held down by 3 feet long steel spikes driven in through holes drilled in the semi cylinder. The spikes enter the ground at about 60 degree to the horizontal, four from each side spaced along the length of the encourage. The cross-pieces are moored to the anchorages by channel straps and bolts. Eight such anchorages are supplied with the 20 tonnes truss. Guy wires with turn-buckles are supplied to keep the truss erect.

Get an Instant Quote